Minotaurus slot machine is dedicated to one of the most famous Ancient Greek myths. According to this legend, the brave Theseus arrived at the Minotaur’s labyrinth and managed to kill the monster and to escape using Ariadne’s thread.

Theseus, Ariadne, and a ball of red twine are the symbols with the highest value. The game’s average RTP is 96%. The Wild symbol is designed as the image of Minotaur that occupies the entire reel. Wild can appear on the 3rd, the 4th, and the 5th reels. It replaces all other symbols and launches a bonus game during which it gets fixed on the playing field and activates free spins. The first winning spin cancels the free spin counter.

Each non-winning spin increases the multiplier. Wild on the 4th reel is the most profitable one. Besides, the slot features the risk game during which the players can increase their winning bet up to 5 times. 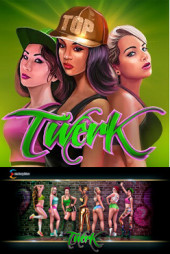