The Reactoonz slot’s theme is based on cartoon-styled aliens. The slot features the RTP equal to 94.51% and a high volatility level. The Wild is represented by the Joker that appears only if the “Instability” option is activated.

This option becomes available when a non-winning spin occurs. During the instability four to eight Jokers can appear. In case four identical symbols appear side by side, they merge into a single large symbol that increases their value twofold. All the symbols are divided into four color groups. Winning spins explode and get accumulated along the Quantum Leap line of the respective color. Each line gives a small bonus that depends on its color. There are five bonus lines, and each of them should be filled during one bet with the use of subsequent re-spins. Five filled lines awake the Gargantuan that contains only Jokers. Having appeared on the playing field, the Gargantuan starts moving across it and keeps growing until the winning spins are over. 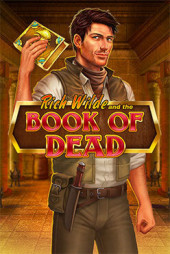