Quickspin, a game development studio, started its activity in this business in Stockholm, the capital of Sweden, in 2011. As of the end of 2019, the company successfully released 58 games. Despite a relatively short period of commercial operations and a small number of created games, particularly as compared to such industry giants as Microgaming or Netent, slots by Quickspin are very popular. Thorough elaboration of their games and their love of slots allowed the developer to get to the top.

The studio sports a self-explaining motto: “We love slots”. Therefore, Quickspin offers only online slots, while other games, for example table games or games with a live dealer, are unavailable. The total number of gamblers playing the provider’s slots is about 20 million people worldwide. Almost all slots provided by this developer (except for 5 products) can be run both in a PC browser and on mobile devices.

Review of the Quickspin Provider

The company was founded by three fans of slots who previously had worked for NetEnt and Unibet Group. Over time, more like-minded enthusiasts joined the team. Many large studios were impressed by prototypes presented by the provider. Electronic Arts, one of the largest game development and publishing corporations in the world, was in their number. EA helped the provider with technological optimization and a game engine.

Following the release of the first bundle of games in 2011, the provider’s products were nominated for some prestigious gambling awards as soon as in one year. In particular, those were such nominations as Video Slot Innovations and Rising Star by EGR B2B Awards.

2012 was the crucial year for the developing company. It signed its first contracts with five partners including Game Technology Solutions. Following this, the number of online casinos with Quickspin started to grow rapidly, and millions of gamblers learned about this provider. In 5 years, already by 2017, casinos with slots by Quickspin spread throughout European and Western countries.

The developer was not only nominated but also won some prestigious rewards. Big Bad Wolf, one of the most popular slots by the provider, was awarded the Game of the Year prize by EGR B2B Awards in 2013. Next year, in 2014, the company was a winner in the Mobile Software of the Year and Contribution to the Social Gaming Development nominations by the same award.

Each year, this gaming studio releases 10 to 15 video slots featuring its proprietary style and interface. The provider collaborates only with licensed operators, which include: LeoVegas, Unibet, Poker Stars, PlayFrank, Rizk, 888, bet365, JoyCasino. The main advantages of the developer’s games include: engaging settings, paying much attention to details, high-quality animation and graphics as well as diverse gameplays. Thanks to the above factors, online casinos with the Quickspin provider are pretty common to see.

The provider develops its games based on HTML 5 and Java, which allows running them either in a mobile browser or in a desktop one. The first slots, which originally used the Flash technology, were later transformed into the HTML 5 format.

The developer offers operators its proprietary system of work, Quickspin Promote. In consists of four components:

With slots by Quickspin, you don’t have to worry about unfair play problems. This gaming studio is licensed in Malta, Great Britain and Alderney. Additionally, it holds certificates issued by such independent testing entities as iTech Labs, Technical Systems Testing and eCOGRA.

The company is headquartered in Stockholm. There is also an office in Malta.

The major features of the provider include:

Games by the Quickspin Provider

The company’s slots are implemented only in a three-dimensional format, which can be seen even by promotional mini-images. Jackpots and risk rounds (a chance to multiply or lose your win) are unavailable. On the other hand, almost every game has an in-built multiplier mechanics tied to opening hidden lines or winning multiple times in succession, subject to a slot. Additionally, there are such mechanics types as bonus rounds, free spins, wild symbols, scatter symbols and falling reels. Betting real money in Quickspin’s slots is easy because the provider’s games can display the account balance in any major currency of the world. Also, slots by Quickspin have a demo game in place so that you can try out a gameplay and bonuses prior to playing with real money.

The developer produces games only with its proprietary settings and offers no branded slots. Such popular themes are used as the Wild West, folk tales, Japanese culture, bank robbery and Vikings. There are some classical themes too, for example crystals (gems) or fruits.

And here is how Mayana, a slot that attracts so many fans, looks like:

Initially, the slot has a very small pattern, 3х3. However, as the game progresses and wins appear, more reels and lines open; they not only extend the gaming field but also reveal prize multipliers. Thanks to an uncommon gameplay, vivid images, smooth animation and excellent background music and sounds, Mayana is often in top 5 most popular slots in many casinos.

Quickspin is a well-known developer, whose games stand out against other products. This gaming studio is highly respected in the gambling industry and boasts many loyal users. 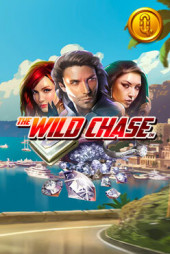 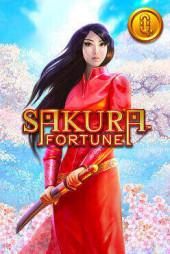 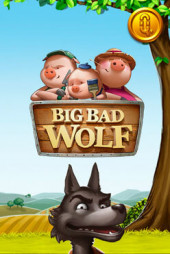