The BluePrint Company was founded in 2001 in the UK. It initially was engaged in gambling software development, but at the beginning, the company’s things were going not so good. In 2008, Gauselmann Group a large European corporation bought BluePrint. Since then, the studio’s games got much better, gaining universal traction and appearing in many casinos. Today, BluePrint slot machines are available in most popular gambling clubs, while the total number of products amounts to 173. The game portfolio includes several jackpot slots, as well. Live dealer games are not produced by BluePrint so far.

BluePrint video games can work both on desktop and mobile browsers. Most gamblers value the BluePrint studio for its extreme high bet limits – it is possible to stake $500-700 for one spin in certain slots.

For many consequent years, the company has been engaged in creating not only online slots but also land-based gambling machines, as well as comprehensive gambling establishments. All BluePrint slots are found in Europe, mainly in Germany, Italy, and the UK. The total number of proprietary slots machines already exceeds 120 thousand.

Jackpots in BluePrint slots offer a multiplier coefficient of up to ×100 thousand of one bet, so playing BluePrint video games for real money is not only entertaining but highly profitable. Given the fact that all games from this creator are mobile-friendly, you can try your luck while on the go, provided your device has access to the web.

The provider does not release new games very often compared to such giants as NetEnt or Microgaming. This is because the development studio is engaged not only in gambling projects. The company also designs desktop and mobile applications with no relation to gambling entertainment.

BluePrint slots are available in leading online casinos such as William Hill, Virgin Games, Paddy Power, and 888. The Blueprint team is also known for developing the platform for the famous 1xBet bookmaker company.

If an online casino offers BluePrint, you have peace of mind that your playing session will be utterly fair, since the developer holds two prestigious licenses – one from the Alderney Gaming Commission and another – from Curacao. Apart from these licenses, BluePrint also has several more important certificates from independent international authorities in the sphere of gambling.

As for now, the company has offices in the UK and the Philippines, which speaks volumes of the company’s plans to expand its business. For instance, BluePrint is going to produce more land-based gambling establishments.

Main advantages of BluePrint include:

The creator releases its slots and games on the following platforms:

Some BluePrint games can be downloaded directly to a computer and opened as an application. Of course, the provider makes it possible to try mechanics and RTP of any slot machine through a demo version before playing BluePrint video games for real money.

Online casinos with BluePrint apps do not offer bonus super games. Nevertheless, slots do feature a risk game allowing you either multiply your winnings or lose your bet. Most machines also come with a free spins feature. Several slot machines support a jackpot. Some BluePrint games are branded, for example, a slot inspired by the Ted movie. Certain slots feature a mechanics of modifications that randomly fall out during spins. This provider releases both three-dimensional and two-dimensional games.

Casinos with BluePrint slot machines generally offer the following popular slots: Wish Upon A Leprechaun Megaways, The Goonies, Buffalo Rising Megaways, Genie Jackpots Megaways, El Jackpotto. Most slot names include the word “Meagaways”, which means the affiliation with another company – Big Time Gaming, some games and developments of which were bought by BluePrint.

Slots from this developer have the same interface. Here is a good example:

An experienced gambler will immediately notice an unusual matrix of the playing field. The only little shortcoming is that the elements are not signed. Put that aside, the interface is overall comfortable and easy-to-use.

If to speak about only the number of released products for online gambling establishments, BluePrint is quite a small studio, but games from this provider are trendy and sought-after by lots of avid gamblers. 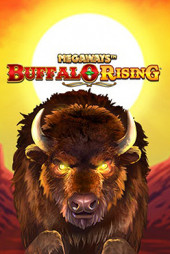