The company was founded just in 2013 and is a beginner in the gambling business. Nevertheless, most gambling enthusiasts know about the provider and love Yggdrasil slot machines. At the origins of the game studio is the former CEO of NetEnt, a company that is by right considered the giant of the gambling industry. It was Fredrik Elmqvist who decided to use the field’s best practices and direct them in a separate, different direction, making slots that have no analogs.

Despite making its presence just several years ago, today Yggdrasil online slots are must-haves in every major online casino. Many of Yggdrasil solutions rank the top 10 of the most preferred slots in some online gambling establishments. Until 2018, the range of games consisted only of slot machines, but at the end of 2018, the developer expanded its portfolio with several popular types of board games. The provider does not have games with a live dealer, but there are jackpots. Yggdrasil video slots can be enjoyed both on desktop browsers and on various mobile devices.

The name Yggdrasil comes from Scandinavian mythology. This is the name of the tree of life that presents our Universe. The founder from Sweden deliberately put that meaning into his company, implying a span of the whole life.

Starting in just 2013, the development studio released several games each of which gained big popularity over time and was distributed in numerous online casinos that cooperate with Yggdrasil. The developers immediately laid emphasis on modern technologies, so already in 2014, they abandoned the Flash platform and started working exclusively on HTML 5, thanks to which their games work smoothly on all possible devices, from a PC to a tablet.

In 2015, the provider presented the Boost-In system, with the help of which the operator could conduct tournaments in one or several games of the company, as well as grant random bonuses that appear during the game. In 2016, the Cash Race system was released that complemented Boost-In as it allowed operators to conduct tournaments with an initial and accumulative prize pool.

Such a system boosted the popularity of the developer at once, and the number of online casinos with Yggdrasil slot machines has been ever-growing since then.

Next came the Brag system that allowed players to share screenshots and materials from the game directly in the in-game interface by posting them in their social accounts. That inspired online casinos with Yggdrasil slots to arrange different challenges – certain tasks or missions that a player needs to accomplish to receive cool perks.

On the whole, 2016 year was very remarkable for the studio, since this year the company presented White Label Studios – a set of tools for the operator to create own slots. Many online casinos effectively use this solution, increasing the local awareness of their brand.

You can enjoy Yggdrasil slot machines without fear of unfair play. The provider holds four prestigious licenses: a license from Romania, a license from the British Gambling Commission, a license from Malta, and a license from Gibraltar. In addition, there are several certificates from independent laboratories, including iTech Labs, eCogra, and IDQ.

Now the headquarters of the company is not in Sweden, but in Malta. Other offices and branches are located in Poland and Gibraltar. Slot games are translated into 32 languages and support all popular world currencies.

The provider’s game repertoire includes slot machines and board games. Almost all slots come with Wild mechanics, scatter symbols, free spins, and bonus games, including two-level ones. There is no risk game when you can multiply your gain or lose it. But there are several games with a progressive jackpot, so playing Yggdrasil slots for real money can be both pleasant and profitable. Board games include blackjack, roulette, baccarat, poker, and the wheel of fortune. Games with a live dealer are not provided. Most Yggdrasil slot machines offer a demo version when you can play games without betting real money.

The developer does not offer vanilla 2D slot games, but there are similar games made in three-dimensional space. For example, games with precious stones or fruits. But the most popular games are those that feature original settings such as Vikings, Cosmos, football, the jungle, or Tesla.

This is what Nikola Tesla’s Incredible Machine slot looks like:

Yggdrasil is a small company when compared with giants such as Microgaming or PlayTech, but the reputation of the developer from Sweden is no less. The company’s games are easily recognizable for most gamblers, and are in good demand among operators. 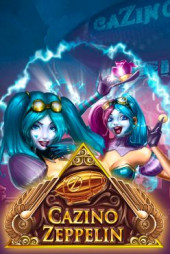 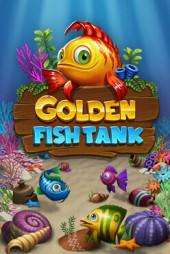 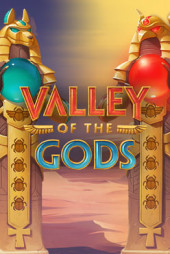